The Literary Side of the Hamptons 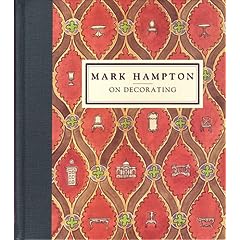 The blog An Aesthete’s Lament‘s mission is “to inspire you to live with more personal panache: whoever you are, whatever your income, and wherever you live,” a mission certainly shared by the late, great Mark Hampton, also known as “The First Decorator” for his work on the White House. David Patrick Columbia, whose excellent New York Social Diary chronicles a rarefied world with much panache, brought it to Duane’s attention. 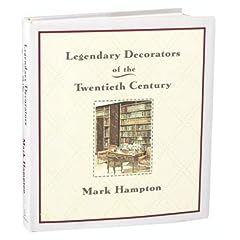 We’ve been looking for the right publisher to reprint both ON DECORATING (Random House, 1989) and LEGENDARY DECORATORS OF THE TWENTIETH CENTURY (Doubleday, 1992) for a while, and were happy to read the blog’s call for reissue of the first book.

Duane Hampton’s MARK HAMPTON: An American Decorator (Rizzoli, April 2010), a celebration of the career of her late husband, Mark, whom the New York Times called “an icon of American Style,” will be published next spring. A classic American success story, Hampton grew up in small-town Indiana and went on to worldwide fame. He began his career working for some of the greatest interior designers of the age: Mrs. Henry Parish II, David Hicks, and McMillen, Inc. He later went on to design for such clients as Brooke Astor, Estee Lauder, Jacqueline Onassis, and the Henry Kissingers, in addition to his work on the White House, Camp David, the Metropolitan Museum of Art, the National Gallery of Art, and the American Academy in Rome. Known for the tremendous depth and breadth of his knowledge, Hampton refused to be pigeonholed into a trademark style, moving effortlessly from sleek modernism to English country and back again. A highly popular lecturer who drew crowds, Hampton was also the author of the aforementioned books, as well as a designer of both furniture and fabrics.

Rich with original materials including Hampton’s watercolors, sketches, and notebooks, as well as hundreds of images of Hampton’s important commissions, and impeccably researched and intimately written, this will be a visual feast for everyone interested in interiors as well as an important addition to the history of interior design. 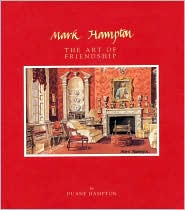 The family business–and literary tradition– continues with Mark and Duane’s daughter, who is President and featured designer of Mark Hampton LLC. Alexa Hampton’s forthcoming THE LANGUAGE OF INTERIOR DESIGN (Clarkson Potter, Fall 2010) offers the core principles of her approach to interior design, which she has dubbed “The Julie Andrews Approach:” “once you know the notes to sing, you can sing most anything.” Alexa keenly felt that there needed to be a design book written that addressed design’s language so people could reliably “speak” it. The bigger the profession gets, she believes, the more people need to understand that there are foundational principles that support it.